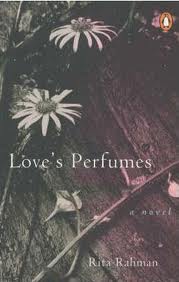 The latest addition to my website is Rita Rahman‘s Liefdesgeuren (Love’s Perfumes), the first Aruban novel on my website. Myrna is from an unnamed former Dutch Caribbean colony and is a professional environmentalist, attending the World Food Summit in the Hague. There she meets Arno, a junior minister in the Dutch government, who has problems sleeping. She has learned from her beloved grandmother, Dina, how to help people sleep and she agrees to help Arno. In return, he agrees to show her around Europe and answer her questions honestly. She then tells him a story about a woman called Sandra who, unlike Myrna, was from the rich part of the island but had joined the Popular Front, at the instigation of her boyfriend, John. The group discusses anti-colonialism as the island was still a Dutch colony at the time. However, Sandra falls for Erik, the leader of the group, though he is only interested in a casual affair not the committed affair that she wants. As the island moves towards independence, ethnic tensions flare up, which had been kept suppressed under central, colonial control. Rahman makes her points about the colonised-coloniser and black-white relationships, though the two stories, while interesting enough, tend to drift away. However, it is worthwhile reading about the colonised from the Aruban point of view.