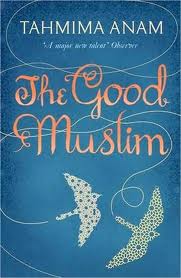 The latest addition to my website is Tahmima Anam‘s The Good Muslim. It tells the story of a feminist doctor in Bangladesh during the period immediately after independence in 1971 as well as in the mid-1980s. Maya’s brother, with whom she had been very close, has returned from the war a very changed man and he becomes very religious and marries a very religious woman. Maya herself has moved away from Dhaka, abandoning her plans to be a surgeon, to work in the areas away from Dhaka where there are few medical facilities. She comes up against entrenched attitudes about the role of women and other issues and, by the start of the book, has decided to return home to Dhaka, particularly as her sister-in-law has died. She sees her country facing many problems, such as corruption, police brutality and a move towards the rise of a capitalist class. Anam was one of Granta’s Best Young British Novelists.