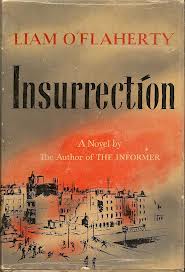 The latest addition to my website is Liam O’Flaherty‘s Insurrection, another of O’Flaherty’s novels set against the backdrop of Irish history. The history in this case is the 1916 Easter Rising, a spectacular failure from the military point of view but which had profound political repercussions later on. O’Flaherty focuses his story on a small group of people involved in the rising – a small unit sent to defend the Dublin-Dun Laoghaire road from the expected British troops, as well as the mother of one of the unit members. O’Flaherty shows how the rising was both badly planned and badly executed and doomed to failure early on but many brave men stuck it out, knowing that things were not going well. It is certainly not a great work but still worthwhile, whether you are interested in Irish history or not.

The latest addition to my website is yet another Latin American novel that has not been translated into English (or any other language) – Miguel Gutiérrez‘ El mundo sin Xóchitl [The World Without Xochitl]. It deals with a subject which, while not unknown to the modern novel is less common than it might be – incest (see this list for some examples). Wenceslao and Xóchitl are eleven months apart. Their mother is dead, their seventy year old father resents them and leaves them to their own devices so they do everything together, including sharing the same bed. But this novel is not pornographic or even erotic. While they frequently declare their undying love for one another and continually show signs of affection, Gutiérrez does not show them having sex, so everything is left to our imagination (and the imagination of their father, who catches them in bed together). It is very well told, as he gradually develops the relationship over their childhood, while having the story told by Wenceslao as an adult. Sadly, none of Gutiérrez’ work has been translated into another language.

The latest addition to my website is César Aira‘s Las aventuras de Barbaverde [The Adventures of Barbaverde]. Yes, I am afraid yet another novel in Spanish that has not been translated into English (and many more to come, I regret.) This is now the eighth of his works that I have read, four of which have not yet been translated into English though he is so prolific, it must be hard for the translators and publishers to keep up. This one was something of a disappointment, compared to his usual works. It is a parody of the superhero/science fiction novel, featuring a superhero called Barbaverde (= Green Beard) who is barely seen in the novel, fighting his implacable foe, Frasca (who is also barely seen). There are four separate stories in the book and the main character is a rather naive journalists called Aldo Sabor from Rosario in Argentina, who is in love with an installation artist, Karina, and who inadvertently assists Barbaverde in saving the world. Aira mocks the genre but it also gets rather silly as we see a giant fish hovering over Rosario, toy soldiers that come to life and an attempt to destroy the present, leaving only the future and the past. It is still worthwhile reading, as is anything by Aira but not his best. 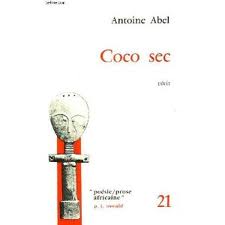 The latest addition to my website is Antoine Abel‘s Coco sec [Dry Coconut], the first novel on my website from Seychelles and, unusually for Seychelles, where English is the predominant language, it is in French (and has not been translated). Abel is apparently known as the father of Seychelles literature, and published poetry and prose in the 1960s and 1970s. This is not great book but is well written, telling the story of an eighty year old woman, Céline Marchepied and, surprisingly given her age, looking as much to her future as to her past. 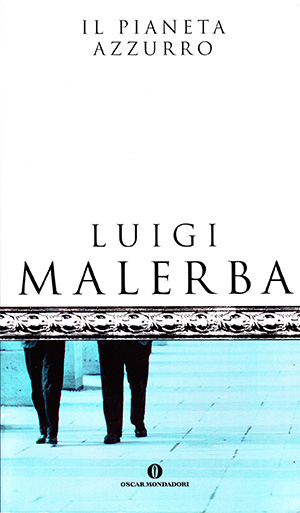 The latest addition to my website is Luigi Malerba‘s Il pianeta azzurro [The Blue Planet]. One of the joys of reading novels, particularly those from other countries, is getting different perspectives on the world. With Malerba, you certainly always get a different perspective – sometimes absurd, often fantasy, often paranoid, and always the view of a lone man who does not quite get the world. In this novel, we read about a man who may or may not be going to kill a man whom he calls only The Professor but who is clearly based on Licio Gelli. The possible killer fantasises, observes, is paranoid and is clearly obsessed with Gelli and with freemasonry, while the narrator reads his diary of the planned killing. Does he intend to do it or is just imagining it? And is the narrator telling the truth any more than the potential killer? It is a wonderful novel, with twists and turns and Malerba’s trademarks ramblings. Sadly, it has not been translated into any other language.

I have been following the rumblings around the Man Booker International Prize nominations and thought that I would add my ten cents’ worth. Michael Orthofer and Chad Post have raised their concerns more eloquently than I can. I own works by nine of the ten writers. However, I have only read one of them – Josip Novakovich (whom I have classified as Croatian, while they have classified him as Canadian) – though I have met Marilynne Robinson (she signed my copy of Housekeeping). She is on my (large) list of writers to read, along with far too many others. One day…

Chad’s beef is that, in the press release, they state that there is nothing familiar or expected and only two of the writers can be said to have a wide international profile, Marilynne Robinson and Aharon Appelfeld. Michael goes on to say (Robinson has a wider international profile than Stamm, Yan, or Sorokin ? In what universe, other than the Anglo-centric one?) So, let’s look at their international profile. Marilynne Robinson’s Gilead has been translated, as far as I can determine, into Danish, Chinese, Spanish, Dutch, Hebrew, Italian,, Norwegian, Polish, Vietnamese, Czech, French, German, Korean, Portuguese, Romanian and Swedish, though her other novels have been translated into far fewer languages. Aharon Appelfeld’s Badenheim 1939 has been translated into English, French, Italian, Dutch, Spanish, Polish, Japanese, Norwegian, Danish, German, Greek, Portuguese, Romanian and Turkish, though his other novels have also been translated into fewer languages. Both seem to me to be respectable numbers and indicative of an international profile. Peter Stamm’s Sieben Jahre has only been translated into English, Danish, French and Spanish though Ungefähre Landschaft has been translated into English, Estonian, French, Georgian, Catalan, Croatian, Korean and Spanish. Agnes has made it into French, Italian, Portuguese, Catalan, Hebrew, Polish, Czech, Danish, Dutch, English, Norwegian, Slovenian, Spanish, Bulgarian, Estonian, Georgian, Croatian, Korean, Russian, Slovak and Serbian, a very impressive showing. Yan and Sorokin have not been quite so successful but still very well translated. Indeed, if we consider solely number of languages into which they have been translated, Stamm is ahead of Robinson However, it is clear that, despite the press release, several of these authors do have a wide international profile, even if this has escaped Tim Parks and Man Booker.

Michael rightly points out there are no African, no Arabic-writing, no Spanish-writing (or indeed Latin/South American of any sort), no Japanese authors. There are four Asian authors, three North American if you count Novakovich as Canadian, four European authors, if you count Novakovich as Croatian and consider Russian as European. This, of course, goes contrary to the famous statement by Nobel Prize secretary Horace Engdahl that the US is too isolated, too insular. Obviously, they cannot include every area (no Indonesia, no Central Asia, no Oceania, either) but the lack of Spanish- and Arabic-speaking and African authors is worrying.

There is also the issue of the availability of their books in English. Here is what I have found (information taken from a well-known online bookseller):

Conclusion? An interesting collection of writers but perhaps not highly representative, with some of the writers not having much available in English and with several of them not having a good collection of works in English. Like Michael Orthofer, I find short stories far less interesting than novels, which is why Lydia Davis and Intizar Husain have not been high on my list. I consider Marilynne Robinson a writer I really should read but only three novels in over thirty years? Marie NDiaye is the youngest and I am still not sure that she is going to become a great writer. I have read Josip Novakovich but he seems to have settled into being a short story writer rather than a novelist. Indeed, only Peter Stamm seems to me to be destined for greatness. However, I shall look forward to reading those I have not read.