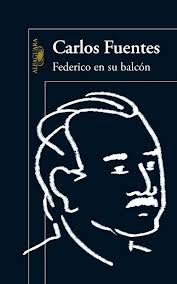 I am not going to do a best books of the year post for the very simple reason that most of the best books I have read this year (and other years) were not published this year. Indeed, most were not published in this century. As you can see from my chronological list, I have read fourteen books published this year, an unusually high number for me and the best thee are all by women – Bring Up the Bodies, NW and In the Shadow of the Banyan. Several of the books were quite disappointing though I did quite enjoy Carlos Fuentes’ last novel (see cover at left), which won’t appear in English till next year. As for other people’s best of lists, I always turn to Large-Hearted Boy’s list. I have waded my way through several of the lists he links to, where I have found several intriguing lists, some odd choices and some books that I wonder why are included. As he limits himself to English, I was going to do a post of a few non-English lists but, inevitably, Michael Orthofer at the Literary Saloon beat me to it. Nevertheless, I will try and supplement his lists.

But let’s start with Bill Gates. Yes, that Bill Gates. Bill has published his list of ten books that made me think. I must confess that I have not read any of them nor am I likely to do, though my significant other read the Pinker and very much enjoyed it. There are, sadly, no novels in his list but Bill also kindly gives us a list of his reading for the year. This is also a fascinating list of worthy works. It also includes four novels and here, I am afraid, Bill somewhat lets us down. The four are: The Hunger Games, Michael Ondaatje‘s The Cat’s Cradle, which I have not read yet but probably will, John Knowles’ A Separate Peace, a book I read many years ago, and which was first published in 1959 and A Catcher in the Rye, first published four years before Bill was born. Didn’t he read it in high school? Well, he read many worthy non-fiction books so he can perhaps be forgiven for not putting much effort into his novel reading.

Moving on to the foreign book lists… As Michael Orthofer points out in the post linked to above, best of lists tends to be an Anglo-Saxon phenomenon. In the English-speaking world these lists all too often appear early in December when there is still time for some worthy books to appear but other nationalities do some of their lists later. So here are some other lists I have found:

Not much else. Various bloggers have their lists though a few seem to like 50 nuances de Grey

Not much on offer here.

No, not a very exciting list but I do hope Bill Gates will read more novels next year. There are a lot of good US ones, Bill.

2 Replies to “Best books of the year”