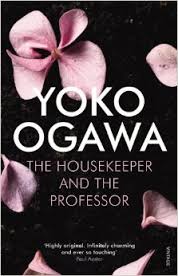 The latest addition to my website is Yōko Ogawa‘s 博士の愛した数式 (The Housekeeper and the Professor). This is a delightful novel about a single mother, uneducated housekeeper, who goes to work for a professor of mathematics, who lost his memory in a car crash, so that he can only remember events before 1975 (seventeen years previously) and in the last eighty minutes. He sees every number or set of numbers as having some mathematical significance and proceeds to explain to her, for example, the significance of her shoe size and phone number. While she is initially baffled, she gradually comes to share his fascination. This is enhanced when her ten year old son, at the behest of the professor, comes to the cottage after school and not only takes to the professor, as a sort of father figure, but also shares the fascination with mathematics. The two also share an interest in baseball, supporting the local team. The relationship between the three is the key to the novel and Ogawa tells the story superbly, as well as teaching us some obscure mathematical facts. 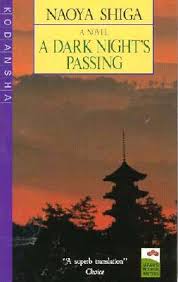 The latest addition to my website is Naoya Shiga‘s 暗夜行路 (A Dark Night’s Passing). This novel, written in the I-novel style, is a semi-autobiographical/confessional novel about Kensaku Tokito, a would-be novelist, who struggles to settle down, to find his place and to come to terms with his life and the world round him. His mother died when he was six and he still misses her. At that time he went to live with his grandfather and his grandfather’s mistress Oei and, as an adult, he still lives with Oei, well after his grandfather’s death. In the early part of the novel, he spends his time drinking and visiting geisha houses and brothels, living off an inheritance. He then goes off to live at a resort, away from Tokyo, and tries to write but he is lonely. He still misses his mother and also Oei, to whom he proposes. Though his proposal is rejected, he still lives with her for a while, before moving to Kyoto. There he finally he meets a woman whom he loves and who accepts his proposal but the marriage does not work out and his attempt to find peace through Buddhism is also not too successful. Shiga gives us an excellent novel of a young man who cannot fit in and find his place, like many a twentieth century literary hero, and it has now become a classic of twentieth century Japanese literature.

The latest addition to my website is Fumiko Enchi‘s 女面 (Masks). This is a beautifully written book about masks (both real and figurative ones) as well as about various other topics but, in particular, love and betrayal and death. Mieko Toganō is a widow and a poet. She lives with her daughter-in-law, Yasuko, whose husband, Mieko’s son, Akio, died in an avalanche on Mount Fuji. Mieko subtly controls those around her, particularly Yusako. When two men, Ibuki, a married men and former colleague of Akio and adviser to Yasuko on Japanese literature, and Mikamé, a single man and doctor, both fall in love with Yasuko, it is Mieko who manoeuvres and controls the two men for her own nefarious ends. Both are unaware of this control and neither is a match for her. Mieko, though married to a very rich man, from a distinguished Japanese family, has her own past, which she has more or less concealed. With spirit possession and classical Japanese literature, particularly The Tale of the Genji (which Enchi translated into modern Japanese) added to the mix, we are given a very rich, complex and beautifully written novel in relatively few pages. 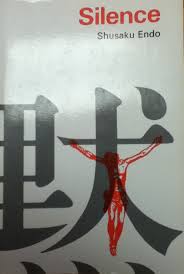 The latest addition to my website is Shūsaku Endō‘s 沈黙 (Silence). This novel is set in the early seventeenth century, when Japan had forcibly clamped down on Christianity. The religion was forbidden and all practitioners, be they Japanese worshippers or European priests, had to apostatise or face brutal torture and death. The story tells of a Portuguese priest, Sebastião Rodrigues, who comes to Japan at that time, firstly to continue the work of assisting the Christian community but also because he has heard his former tutor has apostatised and he does not believe it. He has, not surprisingly, a very hard time of it in Japan and is aided by a quasi-Judas figure, a Japanese man called Kichijirō, who is very conflicted. He is an inveterate coward and apostatised more than once but, at the same time, wants to be a good Christian and help the priests. Rodrigues is also conflicted and cannot fully understand why God has chosen to remain silent when he and the Japanese Christians are being put through such terrible times. Endo raises some interesting questions, such as whether Christianity could take root in Japan and why those Japanese that did convert chose to do so. Above all, he tells an excellent story of two men struggling with their consciences in a very difficult world. 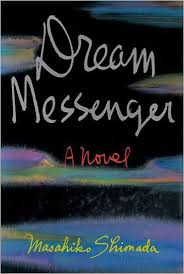 The latest addition to my website is Masahiko Shimada‘s 雁 (夢使い (Dream Messenger). This one could have been a good book but did not work for me, not least because the characters were flat, the story dragged on and it all seemed unconvincing. The story tells of Miko Amino, a super-rich widow, who wants to find her only son, taken from her by his father and who has since disappeared. She hires a former beauty queen and current securities analyst to track him down, with the help of her slave, a former successful young adult novelist. We learn that the son, Masao, had been rented out by an a New York-based agency that rented out children to childless families and had since gone on, as an adult, to be a gofer/gigolo/rent-a-friend, a phenomenon apparently not unknown in Japan. Masao had moved from New York and was living in Tokyo, doing more or less the same thing, aided by his guardian angel/alter ego, Mikanaito, who could enter other people’s dream, hence the title. Certainly, it was an interesting idea but it just did not work for me.