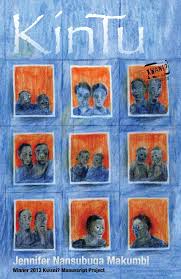 The latest addition to my website is Jennifer Nansubuga Makumbi‘s Kintu. This is a superb book about modern Uganda, though the story starts in 1750. Kintu Kidda is the governor of a Ugandan province in 1750. He loves Nnakato and marries her but she cannot bear him children. As a result, he is persuaded to marry several other women, including Babirye, Nnakato’s twin sister. Babirye gives him four sets of twins till, finally, Nnakato has a son, Baale. Baale takes as his twin the son of Ntwire, a man who was travelling through Kintu’s lands when his wife died in childbirth. Kintu helps Ntwire and adopts his son, Kalema. While travelling to the capital, Kintu accidentally kills Kalema. He tells nobody but Ntwire guesses and puts a curse on Kintu and his descendants. The rest of the novel is set more or less in the present day and we follow the stories of several Kintu descendants, all of whom seem to be affected, one way or another, by the curse put on the family by Ntwire. Some of them suffer from what other Ugandans have suffered – AIDS and Amin being the main scourges. Others have their own sufferings, because of irresponsible fathers, ill health or bad behaviour. Some of them decide that it is now perhaps the time to reunite the various strands of the family and address the curse. Makumbi gives us a superb portrait of modern-day Uganda and its various facets, while using both conventional and traditional story telling methods (oral, use of myth) to show us the Kintu family and their country. To date, this book has not been published either in North America or Europe, which is a great pity. Surely it will be soon. Presumably, this is one of the reasons why it did not make the Man Booker Prize long list, which it should have done.