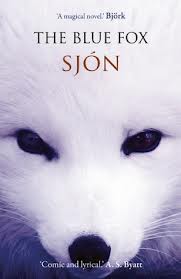 The latest addition to my website is Sjón‘s Skugga-Baldur (The Blue Fox). This is a short tale but a very effective one, telling two seemingly separate stories but which are, of course, linked. The first involves the Reverend Baldur Skuggason hunting a vixen, a blue fox, tracking and following her through snow dirfs, blizzards and even an avalanche. Her coat is worth a lot and he has the monopoly on fox skins, a valuable commodity, in the area. The second story involves a young woman with Down’s Syndrome. Generally, babies born with Down’s Syndrome in Iceland at that time were quietly killed at birth by the midwife but she has survived and has had a terrible life before she is rescued by a pharmacist, Fridrik B. Fridjonsson, who takes her in as his maid/farmhand and lives with her on the farm of his late parents, the only person to treat her as human being. Even when she dies, early on in the novel, he treats her well. This is both a political novel, being critical of the control the religious authorities have and their behaviour, as well as telling a wonderful story, particularly with the epic story of the hunt.